Home of The Largest New Kia Inventory In The Midwest

The Family Deal: It’s Not Just What You Get, It’s How You Feel.

At LaFontaine our mission is to build lifelong relationships that connect families, strengthen communities and personalize the automotive experience. Our mission reflects the manifestation of six core values: Accountability, Respect, Team Work, Passion, Communication, and Responsibility.

The Combination of both the mission and core values provides the basic foundation of our promise to you… To treat every customer like they are members of our family. To respect their unique needs, to be accountable of our actions as it relates to your experience, to assemble the best individuals in the industry to be part of your team, communicate with transparency, be responsible to the communities you live in and we do business in and to approach each day with passion.

Simply put… The Family Deal. It’s not just what you get, it’s how you feel.

CALL US FIND US

The highly anticipated 2018 Kia Stinger has arrived and is right here on our showroom floor. Stop in to check it out before this one is gone. We will have 4 more arrive by January 15th, 2018. We are taking deposits on a first come, first serve basis!

The Kia lineup hits a lot of marks, having models available in several of the most popular segments on the market. Full-size luxury sedans, subcompact hatchbacks, hybrid crossovers, et cetera. But there is one segment in which Kia has never had a presence: sports cars. Introducing the all-new 2018 Kia Stinger. Kia’s GT Concept Car comes to life as a true Grand Touring vehicle, complete with rear- or all-wheel drive, luxury amenities, and head-turning design.

Unveiled at the 2017 North American International Auto Show, in Detroit MI and on sale later this year, the Kia Stinger is more than a fastback sports sedan. It’s Kia redefined.

The 2018 Kia Stinger made a striking impression at the North American International Auto Show with two top awards. Cars.com named it Best in Show for its combination of luxury and performance in a sports sedan. It was also recognized with the EyesOn Design award for Production Car Design Excellence. The honor is awarded for the best vehicles making their worldwide debut at the North American International Auto Show.

From Concept to Concrete.

To bring the 2018 Kia Stinger to life, Kia Motor’s chief design officer Peter Schreyer turned to his deisgn team in Frankfurt. But what makes it authentically gran turismo, a car for a spirited long-distance drive? Years of commitment and passion resulting in bold style, nimble performance, and undeniable luxury.

“From its GT concept-car origins to the years of tuning and refining on the legendary Nurburgring circuit, no detail was too small to be obsessed over.”
– Orth Hedrick, VP of Product Planning, Kia Motors America

The exterior, with its fastback silhouette and sleek rear-wheel-drive proportions, exudes disarming confidence. Longer and wider than a BMW 4 Gran Coupe, with a longer wheelbase than the Lexus GS, it delivers elegance and athleticism. From the back, four oval exhaust pipes show and tell a commanding presence even during departure. 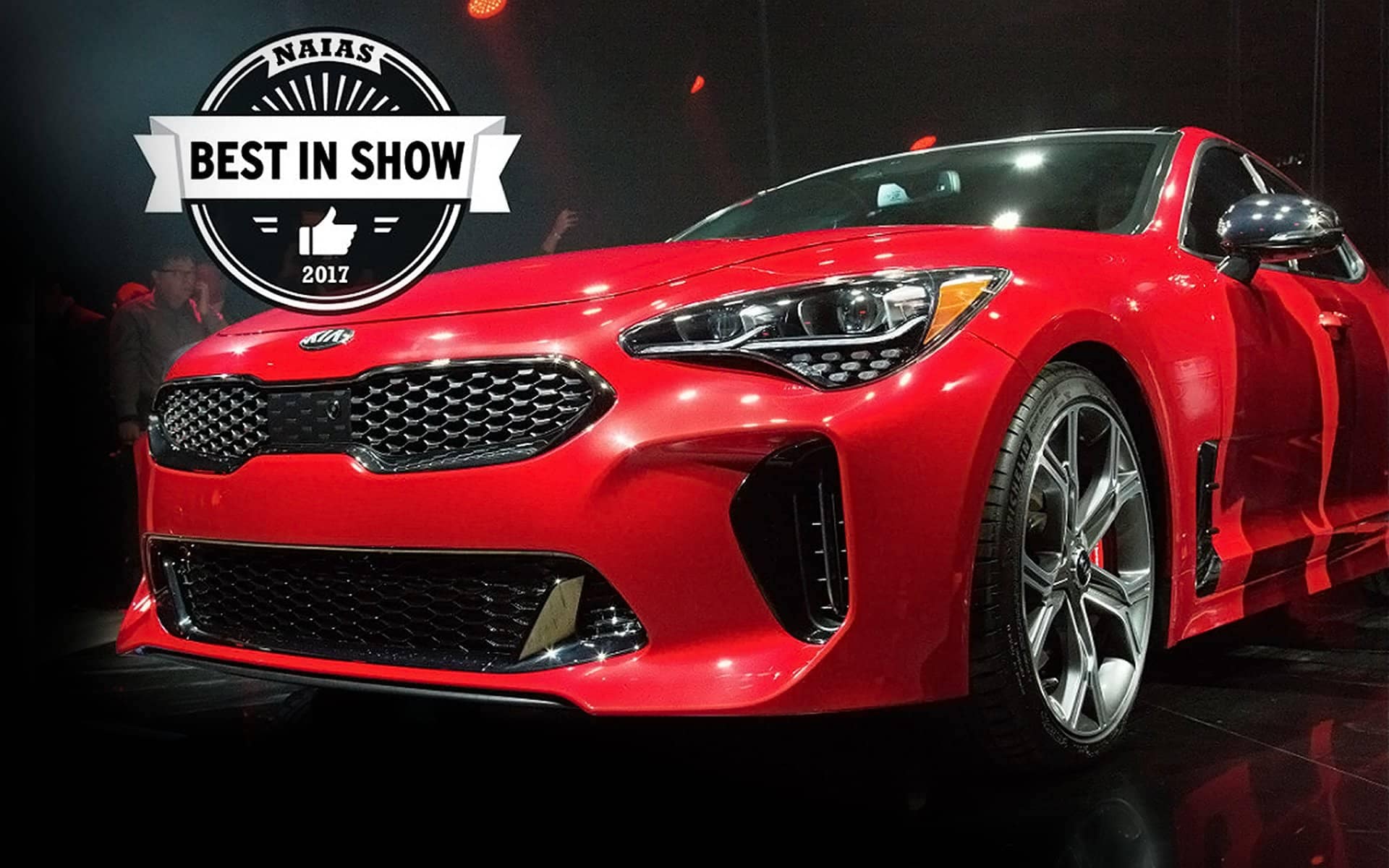